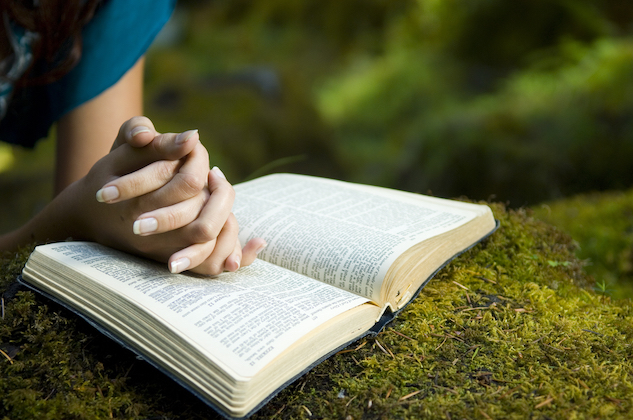 Discretion is that discernment which enables a person to judge critically of what is correct and proper, united with caution (Noah Webster’s Dictionary). And when one thinks of this, Abigail, of 1 Samuel 25, must come to the forefront. In verse 3 she is described as a “woman of good understanding” and “beautiful countenance,” compared to her husband Nabal, “churlish” (cruel, obstinate) and “evil in his doings.” In spite of her circumstances, she remained faithful to her husband, her very large household and home, and her God.

We can see three areas in which she showed discretion, her actions, her speech, and her refraining from speech. First, she acted in a timely manner. She quickly appraised the situation and came up with a plan to appease David’s wrath. In verses 18-19, she readied a vast amount of food in a short time and sent it quickly ahead. David and his men were hungry; she satisfied them prior to her arrival. Second, she spoke is such a way as to cause David, midst his anger, to stop and listen. In verses 23-24, it was how she spoke, with humility and respect. In verses 24-31, it was what she spoke; she used words that were honest, intelligent, peaceful, factual not emotional, and she called upon the LORD to intervene. Third, in verses 36-38, it was her not speaking at a time when she knew her husband would not listen or comprehend. She did not withhold information from her husband but waited until he was sober.

Her discretion shown in this account, allowed her household to live, David not to commit a rash act of which he would most likely later regret, and her husband to escape death by the hands of a man.

Discretion today is just as important to God’s people. It is vital to have for good human relationships. Our actions and speech must show this quality. Often our emotions make us unable to make wise decisions or to express ourselves clearly and Christ-like. Let us pray for the Holy Spirit to work within to allow this quality to become part of our nature.

Why is it “Good” Friday?

A Christian response to immigration